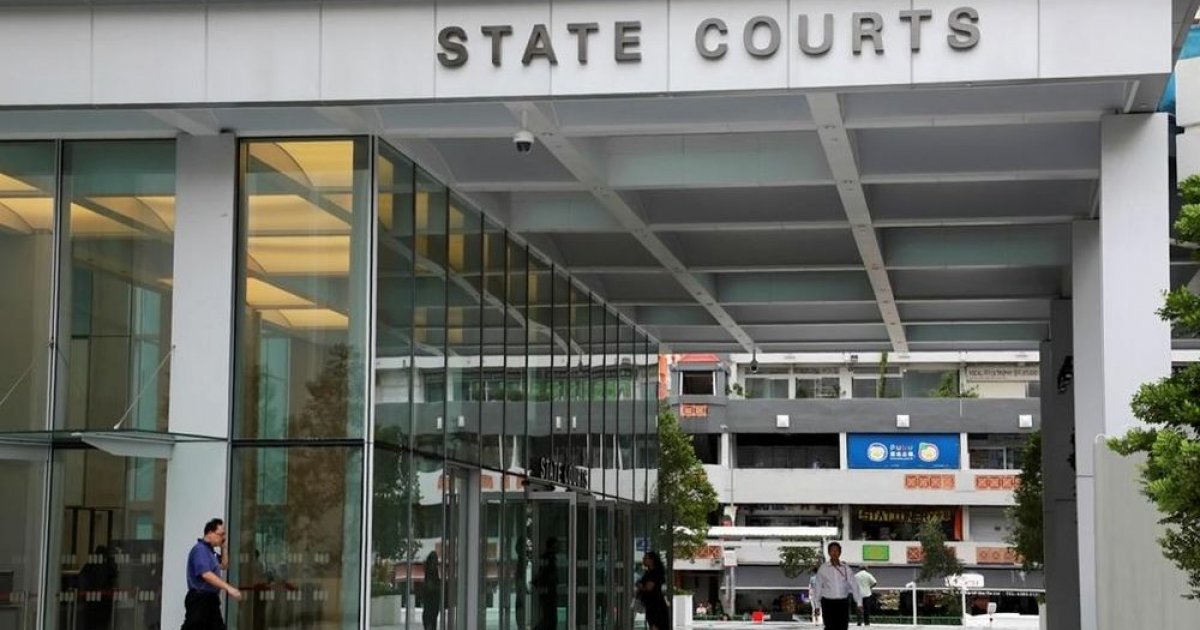 SINGAPORE, October 15 – When Burhanto Rejo contracted Covid-19 in the foreign workers’ dormitory where he worked, he did not stay at home, but instead went to an approved lender in Hougang to borrow money for the next Hari Raya Puasa festivities.

He then lied in a visitor report form to the Goldstar Credit moneylender that he had no flu-like symptoms and was feeling fine.

Yesterday (October 14), the security guard was jailed for five months and two weeks for his actions during the blackout period last year when people had to stay at home and movement was restricted due to of Covid-19.

The 56-year-old Singaporean pleaded guilty to one count of violating Covid-19 laws by leaving his accommodation without a reasonable excuse. Another charge of cheating was taken into consideration in sentencing.

The court heard that Burhanto started working in the dormitory along Tanah Merah Coast Road in 2018. It became a Covid-19 cluster in May of last year, at a time when there was an explosion of cases. of coronavirus among foreign worker dormitories.

He developed fever, chest pain, loss of appetite and taste, and had blurred vision on May 18, 2020. He went to Yishun Polyclinic four days later and told the doctor that he ‘he had had a cough and fever for the past five days.

He also said he always went to work because his fever would go down after taking paracetamol pills. His highest temperature was 38.4 Â° C, and he also said he had not had close contact with someone infected with Covid-19.

After examining him, the doctor diagnosed him with an upper respiratory infection. She told him that she had to order a Covid-19 swab test, an EKG and a complete blood count for him.

She also issued him a five-day medical certificate (MC) and told him to stay home as required by law. He recognized it.

He left the polyclinic and sent a picture of the MC to his supervisor on the way back to his Yishun apartment, and the supervisor told him to stay home.

The next day, the director of Yishun Polyclinic called Burhanto to tell him that he had tested positive for Covid-19. When he said he was feeling well, the doctor asked him to wait at his home for an ambulance to pick him up soon, and reiterated that he had to self-isolate and stay home.

Hours later, a call center agent from the Medical Operations Task Force called Burhanto and gave him the details of his hospital admission, as well as the items he needed to take with him.

After learning that an ambulance would arrive in a few hours, he feared his family had no money to spend on Hari Raya Puasa the next day.

He then asked his niece to book him a private rental ride to the Hougang Mall, before heading to the Midtown mixed development and entering the Goldstar Credit branch there.

He did not have a fever when a loan officer took his temperature, and he falsely stated that he felt fine because he was afraid he would not be able to enter the branch.

As he waited for his turn, his sister called to say that an ambulance was outside their house.

He then took a taxi home, receiving several calls from Khoo Teck Puat Hospital as well as from the ambulance driver asking where he was and when he would be back.

DPP Ng requested six months in prison, noting that Burhanto had spent more than an hour outdoors and visited a number of public places.

The prosecutor also said there was “no real need or urgency” for him to borrow the money, adding that the family could have contacted relatives, friends or the authorities for help. .

He was happy that the evidence did not show that he had infected others with Covid-19, but that was not a mitigating factor, DPP Ng added.

In mitigation, Burhanto – who did not have a lawyer – said he was the sole breadwinner and had a nine-year-old son. He promised not to reoffend and asked to serve his sentence two months later to continue working and saving money for those close to him.

The judge agreed he could start his prison term on November 22.

For leaving his home without a reasonable excuse, he could have been jailed for up to six months or fined up to S $ 10,000, or both. – TODAY