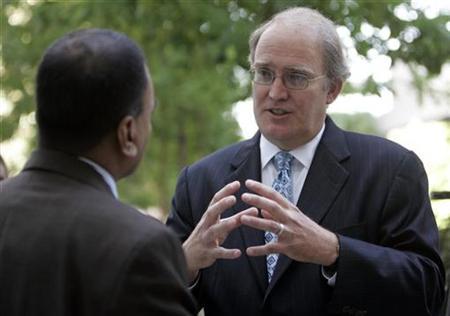 (Reuters) – The Federal Deposit Insurance Corp (FDIC) may have to borrow money from the Treasury Department to deal with an expected wave of bank failures, the Wall Street Journal reported.

The loan might be needed to cover short-term cash pressures caused by paying depositors back immediately after a bank fails, according to the newspaper.

The borrowed money would be repaid once the assets of this failing bank were sold.

“I would not rule out the possibility that at some point we would have to resort to (short-term) lines of credit with the Treasury for working capital, not to cover our losses,” President Sheila Bair said in an interview with the newspaper. .

Bair said such a scenario was unlikely in the “short term”. With an increase in the number of troubled banks, the FDIC deposit insurance fund used to pay off insured deposits in failed banks has been drained.

In an effort to replenish the $ 45.2 billion fund, Bair said on Tuesday that the FDIC would consider a plan in October to increase the contribution rates banks pay to the fund, a move that will weigh more heavily on the industry.

The last time the FDIC borrowed funds from the Treasury was near the end of the savings and loan crisis of the early 1990s, after thousands of banks had closed.

The agency’s re-considering this option, after the collapse of just nine banks this year, illustrates Washington regulators’ concern over the weakness of the U.S. banking system in the wake of the credit crunch, said the newspaper.

Report by Sweta Singh in Bangalore; Editing by Erica Billingham