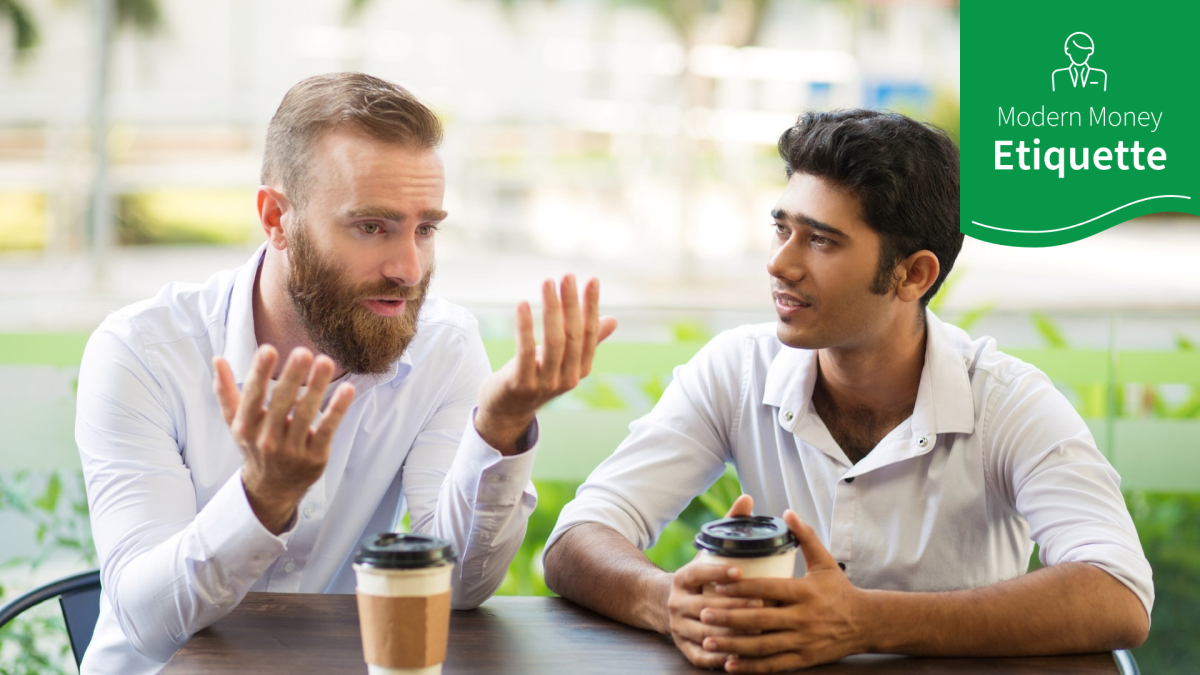 A friend wants to borrow money? How to say “no”

It’s almost always awkward when a friend or family member ask to borrow money. The last thing you want is to offend the other person, but in some cases you’re absolutely not going to give them any money. Unfortunately, you may feel uncomfortable because you not sure how to handle the situation.

Tami Claytor, owner of New York-based Always Appropriate: Image & Etiquette Consulting, said while there are exceptions, most people who ask to borrow money do so with a sense of hesitation.

“The unfortunate circumstance is that borrowing money is uncomfortable for both parties,” she said. “Most likely, the person asking is reluctant and embarrassed to do so, because money is tied to our self-esteem.”

If you’re unable to lend money but want to, Claytor said to empathize with the other person and acknowledge the difficult situation they’re in.

“Then apologize saying you wish you could help him, but unfortunately right now you can’t,” she said. “Then state the reason why you cannot help. Finally, wish the person good luck.

If you’re just not willing to lend money, Claytor said there’s nothing wrong with being completely honest.

“Tell the person you have a policy of not lending money to friends and family because you don’t want uncomfortable feelings between the two of you,” she said.

Or, if the person has borrowed money from you in the past and hasn’t returned it, Claytor said it’s fine to gently refresh their memory, without being rude and obnoxious.

“You could say you would hate for that person to be even more indebted to you,” she said.

Take our poll : Are you worried that Social Security benefits will be reduced in your lifetime?

Whatever your approach, Claytor said don’t ask the person why they need a loan.

“You don’t want to add to their embarrassment,” she said. “It is highly likely that he or she will provide the information voluntarily.”

Ultimately, Claytor said it’s important to just be nice to the other person.

“At the end of the day, proper etiquette doesn’t make anyone feel bad,” she said. “So whatever you say, remember to be nice and gentle with the person looking for the money.”

She said adhering to this philosophy will likely make your refusal to lend money more likely.

Jodi RR Smith, president of Marblehead, Massachusetts-based Mannersmith Etiquette Consulting, said to remember it’s your money someone else is asking to borrow.

“You don’t have to provide an explanation as to why you’re not giving it,” she said. “Keep it simple, ‘I know this is a tough time and I’m so sorry that I can’t help you.'”

This, of course, can be more complicated if the person asking is someone you really care about, but if you don’t have the extra funds or just prefer not to lend money, Smith said that you could politely decline.

“If you’re able to mitigate the ‘no’ answer, you can offer to work with them on their monthly budget to provide them with a path forward,” she said. “Or, if they’re unemployed or underemployed, you can offer them job leads or networking.”

In the end, you have nothing to be ashamed of in this situation. You work hard for your money, so you should never feel pressured to give loans to friends and family, especially if you’re not sure they’ll pay you back.

If the other person makes you feel guilty for not giving them a loan, it’s a character flaw on their part. No matter how close your relationship is, you are not their personal bank.

Hold on and be proud of yourself for making the decision that’s right for you. In the end, you just have to follow your instincts.

This article originally appeared on GOBankingRates.com: A friend wants to borrow money? How to say “no”